Disclosure: This No-Bake Banana Split Pie Pudding Pie recipe shop has been sponsored as a part of a social shopper amplification for Collective Bias and its advertiser. All opinions are my own. 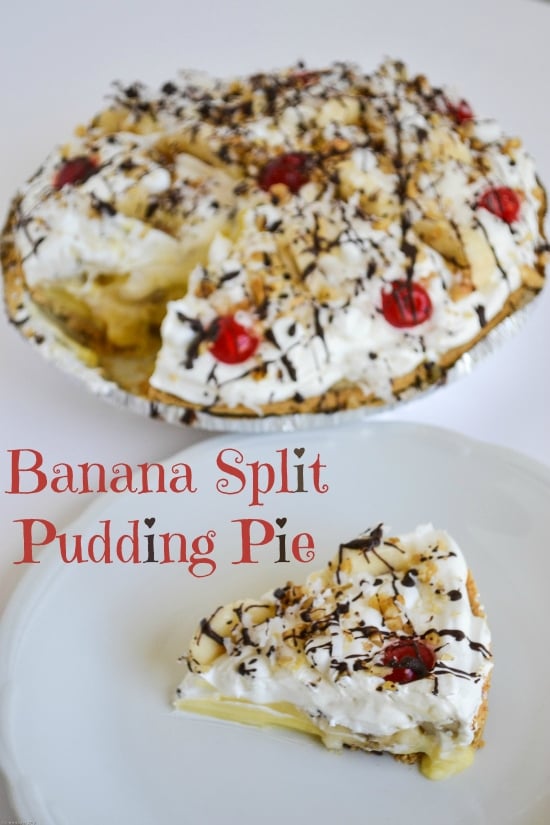 I’ve been making so many holiday treats lately that I was running low on some of my favorite #KraftEssentials so I needed to restock. On a recent shopping trip to Walmart I replenished my supplies and decided to try out an easy dessert recipe using some of my favorite Kraft products like Jell-O Pudding, Cool Whip, Baker’s Chocolate, Bakers Sweetened Coconut and Jet Puffed Mini Marshmallows. 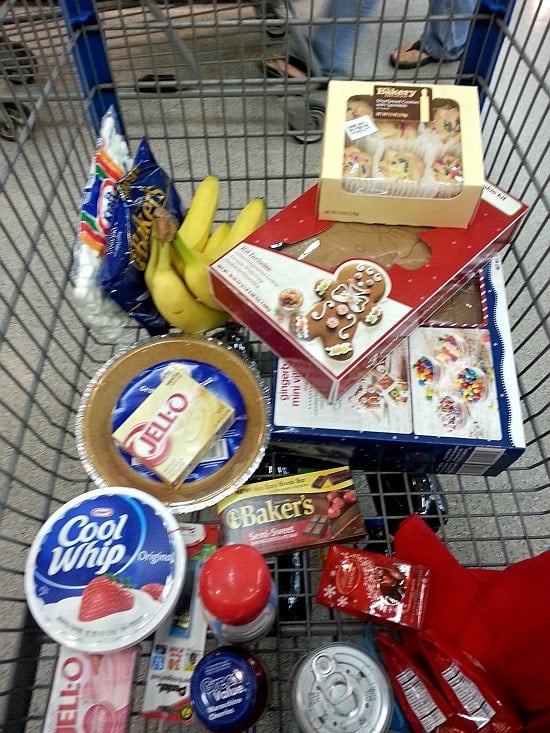 Shopping for #KraftEssentials at Walmart 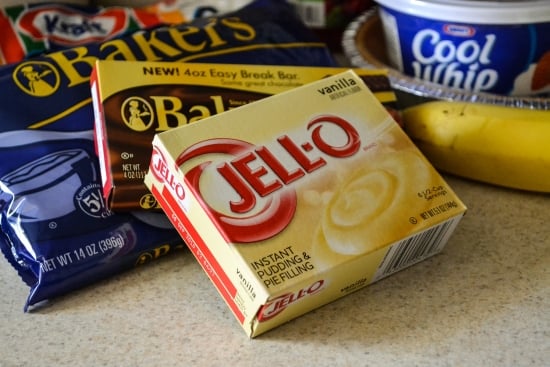 Prepare the vanilla pudding by whisking it with the milk for about 3 minutes until it thickens. Spoon the pudding into the graham cracker crust and smooth the top with the back of a spoon. 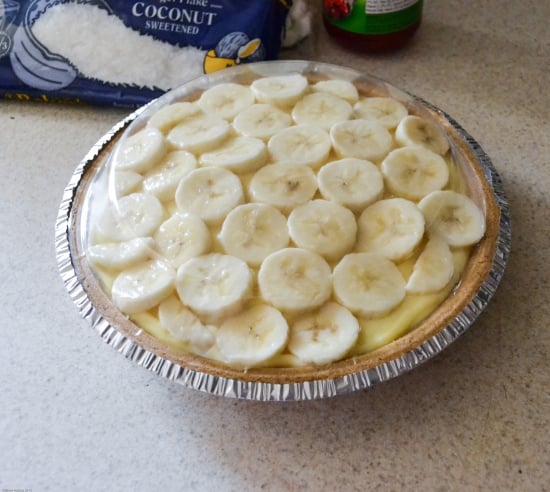 The best part of the  No Bake Banana Split Pudding Pie is the Cool Whip and toppings.

Spread the Cool Whip over the top of the pie. Mounding it a bit in the center. Slice the second banana and cover it with the remaining tablespoon of lemon juice, coating both sides of the banana slices. 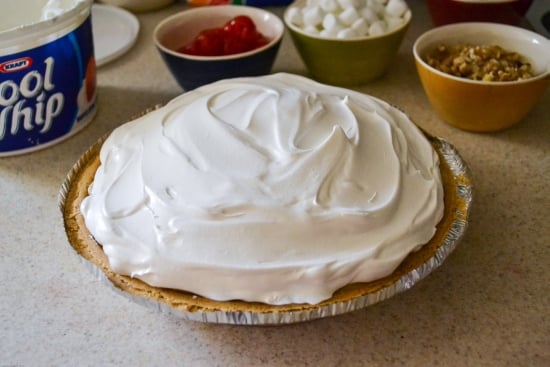 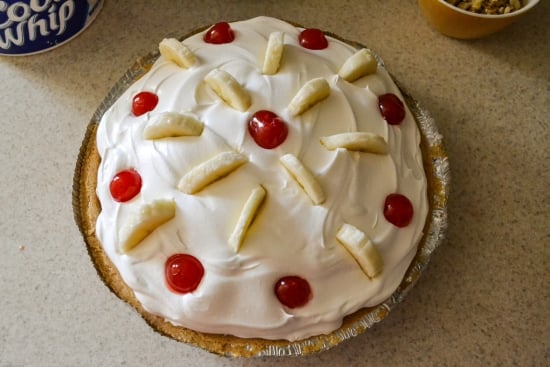 Use the mini marshmallows to fill in the spaces between the banana slices and cherries. I sunk them half way into the Cool Whip but you could just scatter them randomly over the top of the pie.

Sprinkle the top of the pie with the chopped walnuts. You could also use peanuts instead. 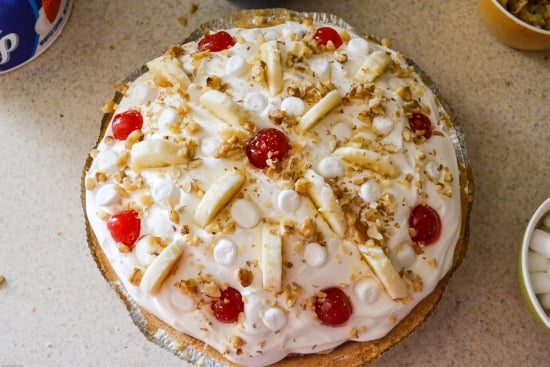 Melt 2 squares of the Baker’s Semi Sweet Chocolate bar in the microwave by heating it first for 20 seconds then stirring. Continue heating in 10 second intervals until melted and smooth.

Drizzle the melted chocolate over the top of the pie. 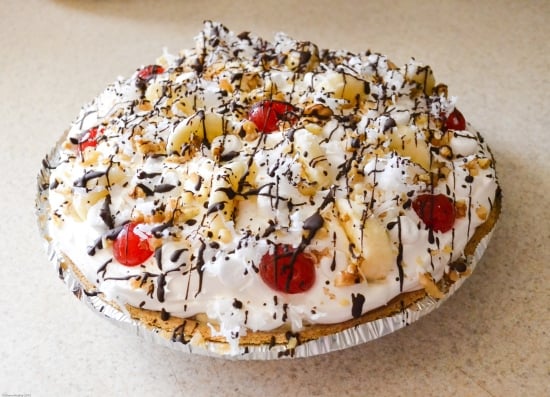 Chill the pie for about 3 hours or overnight before serving. You could even freeze it overnight to give it a real ice cream texture.

I love the way this pudding pie turned out. It looks just like a Banana Split! and tastes so good.

No-Bake Banana Split Pudding Pie is fun and delicious. Get all of your favorite banana split ingredients in on easy to cut and serve no bake pie recipe. 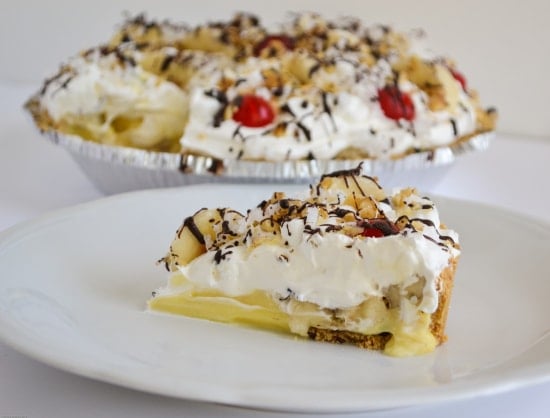 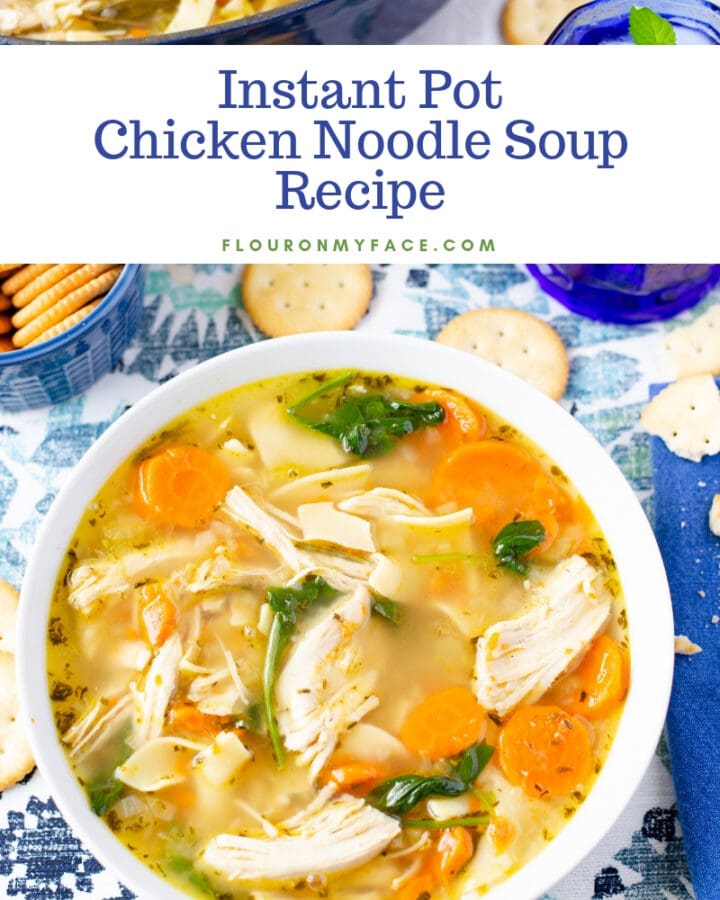