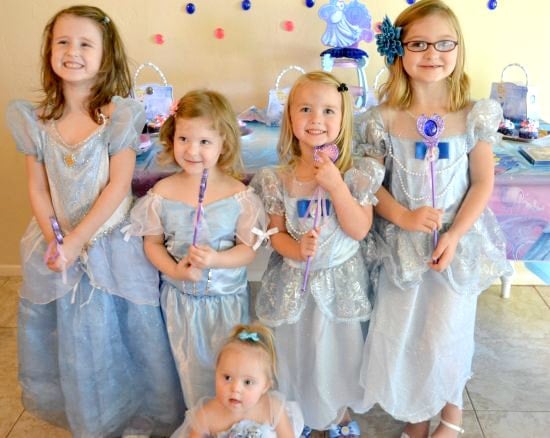 Once upon a time there were five little princesses.

They came together one afternoon to celebrate the re-release of Disney’s Cinderella movie on Blu-Ray and DVD. 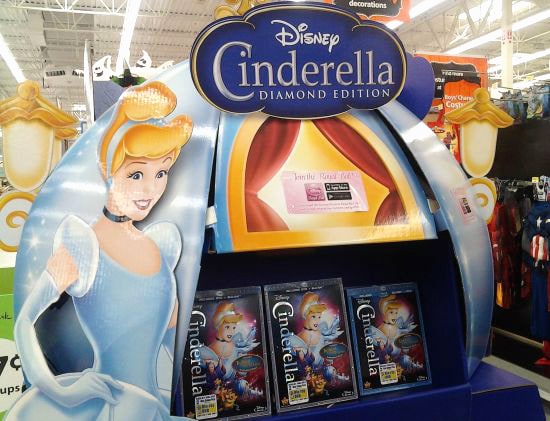 Two of the Princesses, Princess Hailey and Princess Emma went to Walmart to buy the movie a few days after it was released. 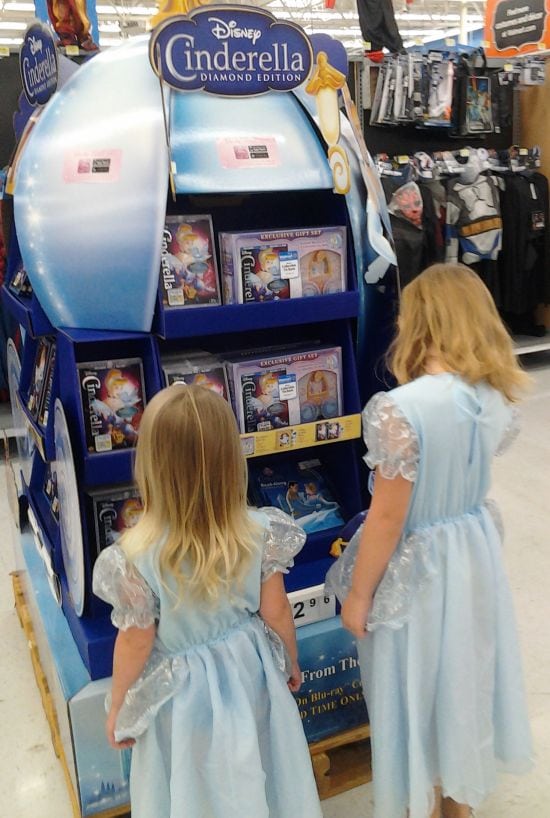 The day the Princesses went to Walmart to buy the Cinderella Blu-Ray DVD some Walmart stores were celebrating the Cinderella movie release by hosting a retailtainment event.

Even though our Walmart was not hosting the event that day the Princesses decided to celebrate by wearing their Cinderella dresses when we went to pick up our copy.

For the modern princess there is a Disney Royal Ball app, available for Apple or Android devices. 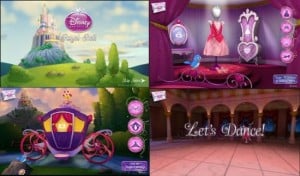 Experience the Disney Princess Royal Ball through these interactive and augmented reality features:

Visit your local Walmart store before November 1, 2012 to unlock more interactive games and features by scanning the special Augmented Reality markers on Disney Princess in-store displays with your mobile device. 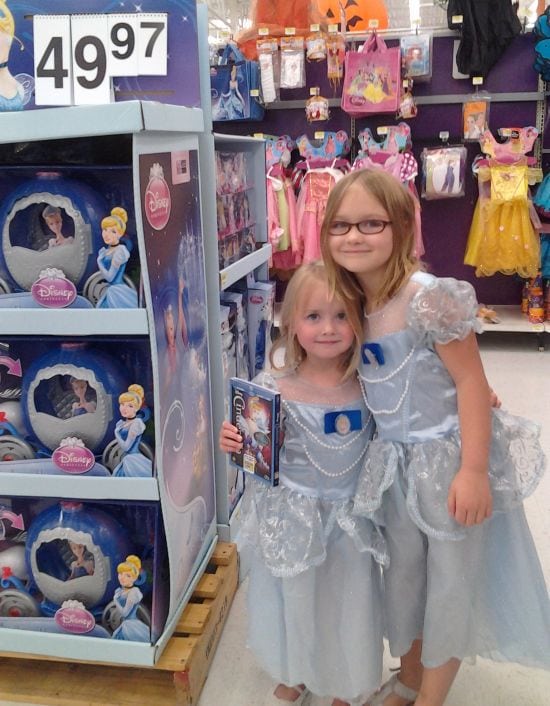 They had gone shopping for party supplies the week before. They couldn’t wait for the party day to come  so they could celebrate and watch the movie with the other princesses.

Finally the day of the big celebration was upon us. 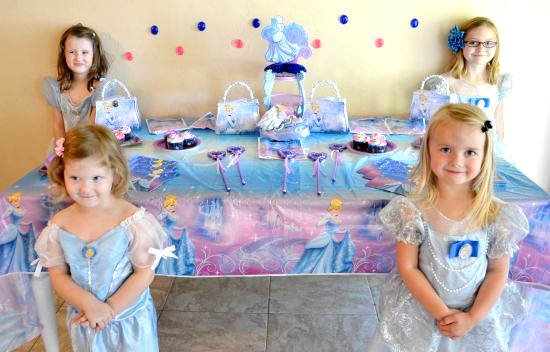 #DisnePrincessWMT Celebrating with Disney and Cinderella

Most of the invited princesses came to the royal event.

A few of them had a royal emergency and were very disappointed they couldn’t make it.

The tiniest of princesses did not want to keep her slippers on………. 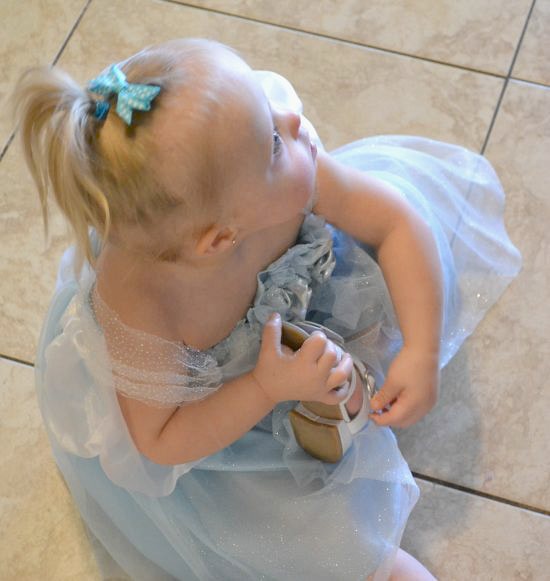 Soon after the princesses arrived they checked out the royal offerings. 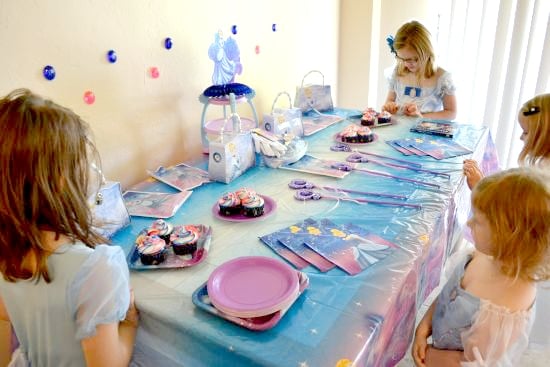 Princesses Brianna loved the royal party favors. Especially the Disney Princess tin purses each of the princesses would be taking home as a party favor. 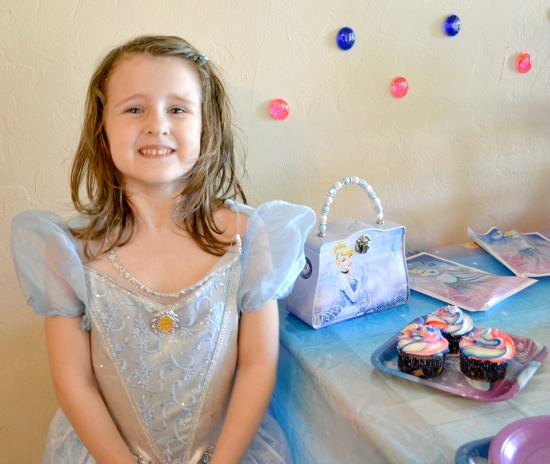 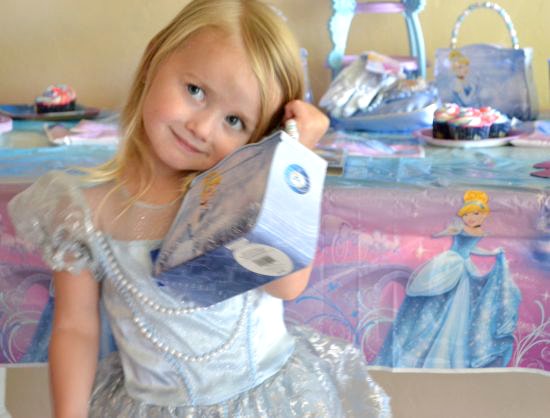 Some of the princesses were also interested in the royal wands, encrusted with royal gems and ribbons. 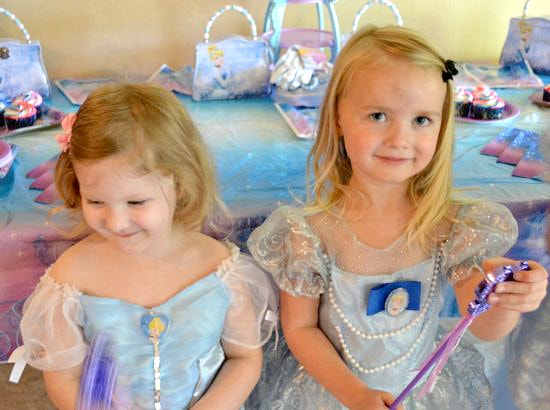 Princess Emma and Lila with their royal wands

Before watching the Cinderella movie the princesses enjoyed some craft time. 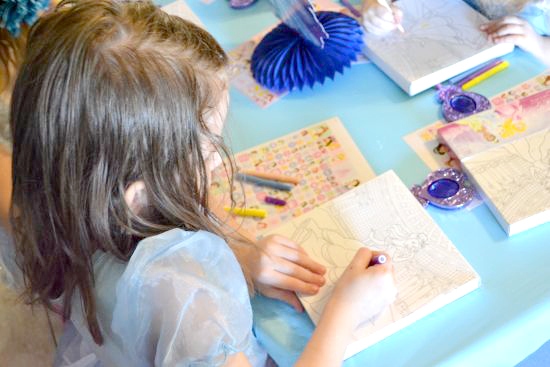 Princess Hailey shows off her Cinderella coloring page as she gets ready to create a royal piece of art. 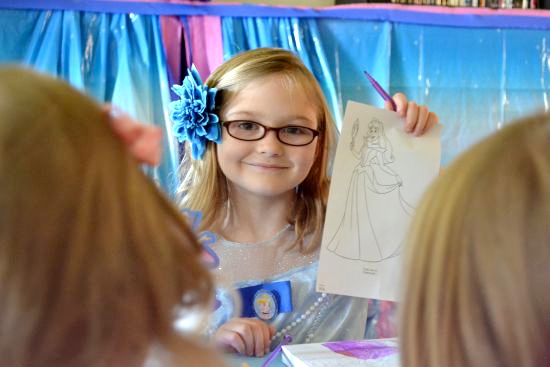 The smaller princesses had a great time practicing their royal coloring skills on canvas. 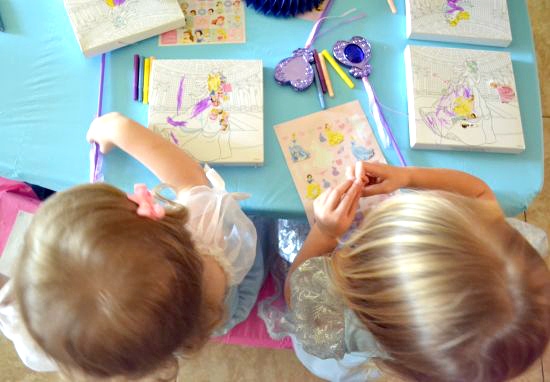 After craft time it was time to watch the movie. 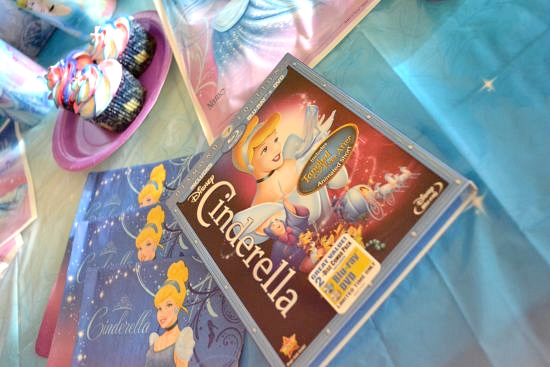 The princesses watched in awe as the movie started. 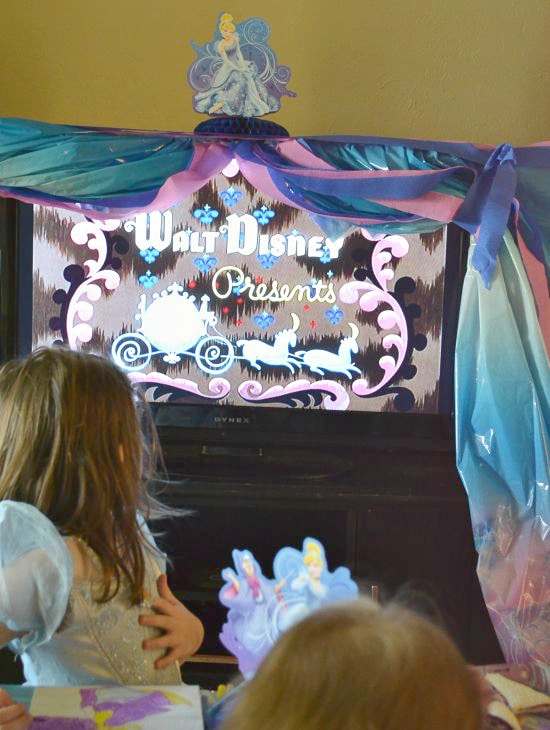 Like the good little princesses they are, they all sat and watched the movie as they enjoyed their Royal lunch. 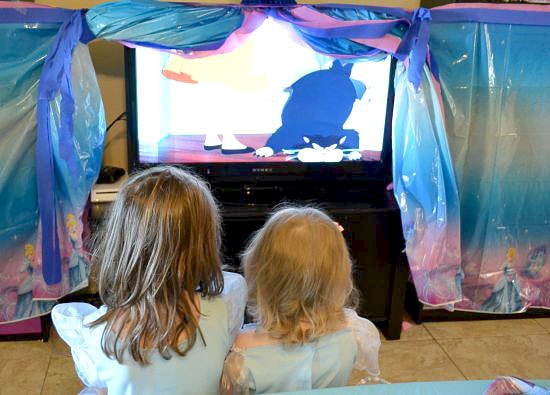 Watching the Disney Cinderella DVD at the princess party 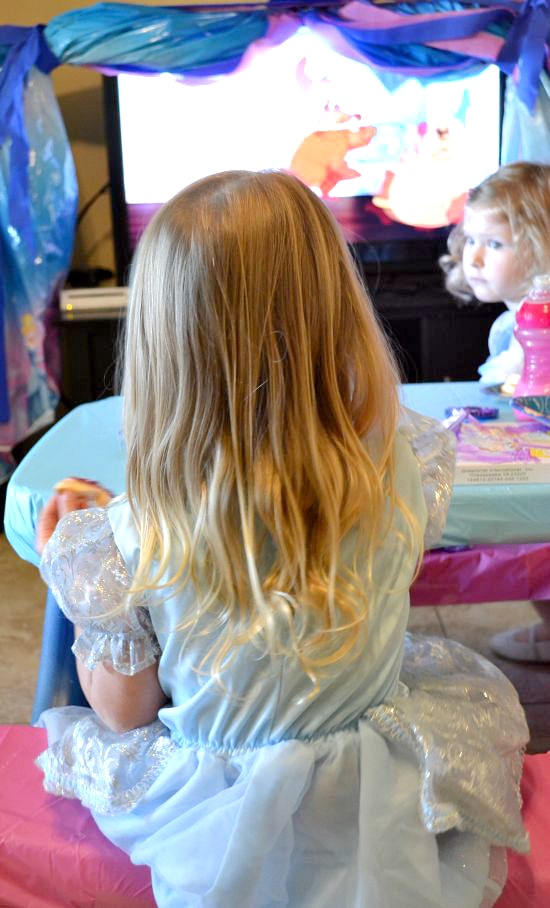 For dessert there was Royal Cupcakes. 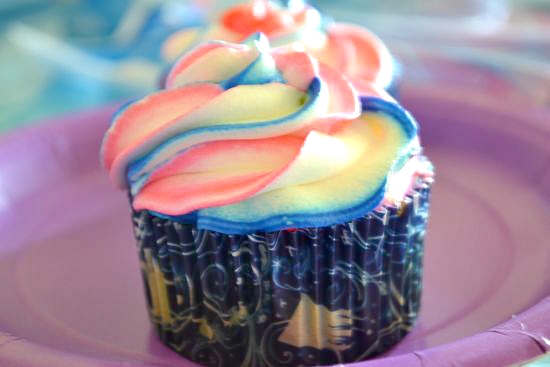 Check out the Disney Cinderella Channel for more Cinderella celebrations.

And if you love Cinderella like we do you can check out the Disney Cinderella Facebook page.

I am a member of the Collective Bias™ Social Fabric® Community.  This shop has been compensated as part of a social shopper insights study for Collective Bias™ and Disney Consumer Products, Inc. #CBias #SocialFabric

All photos and opinions are my own.